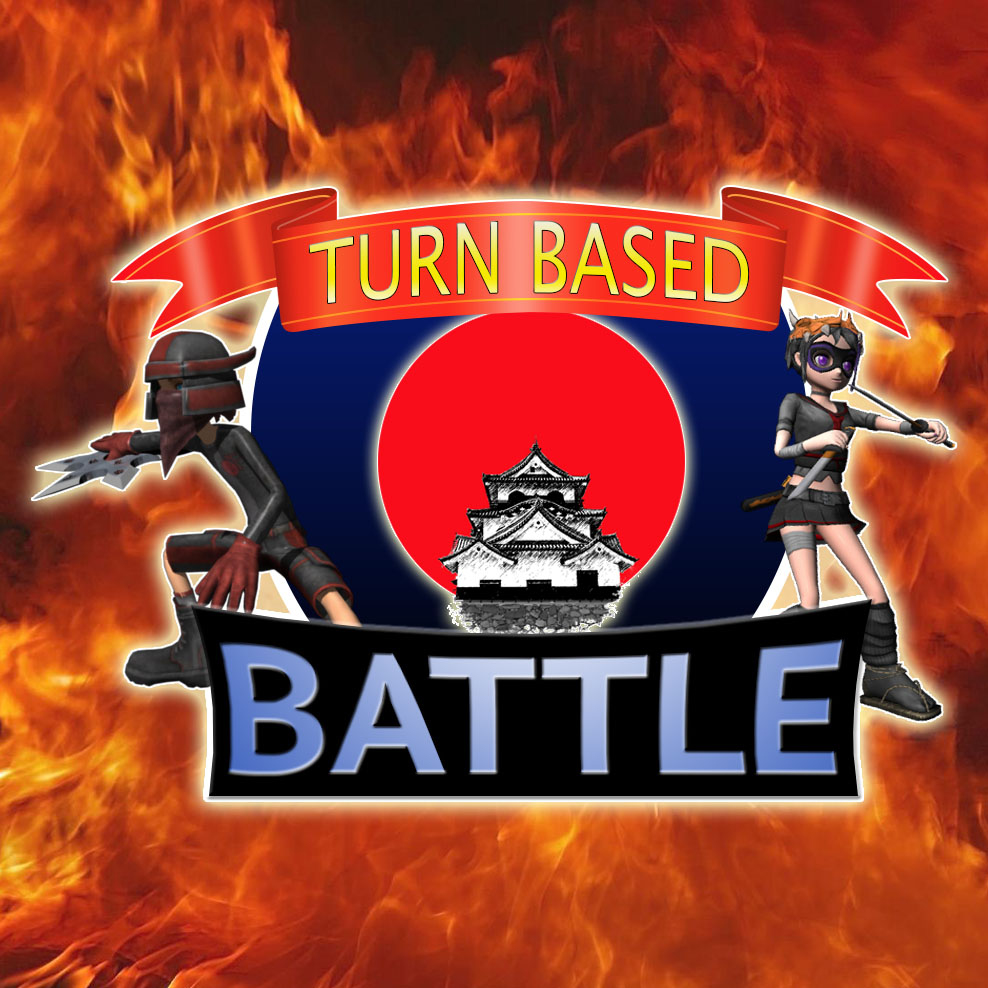 The goal with this turn based battle system is to create a one stop product for all your turn based combat games. To that end it will undergo constant upgrades and introduce new GUI systems, alternate AI and even completely different game modes

In order to make this kit as universal as possible, everything I could make independent, I did. Don't like the current GUI? Just remove the GUI component and add in one you do like. Like my GUI but not my keyboard handling? Keep the GUI component and remove the keyboard handling component. Want to display an on screen cursor when making selections? Add the component. Don't want to see a cursor on screen when making selections? Remove the component. I have done my best to make everything I can that simple to configure / modify / replace.In addition I also have a whole bunch of events that fire at key points during battle like, for instance, right after you have selected your target, right after your attack begins, right after your attack has ended, right after landing a blow, right after landing your last blow, right after you have returned to your home tile, right after all faction members have had their turns etc etc etc. You can hook into any of these for custom actions if you so wish.

The key word here is "options"! I give you a system you can drag and drop into a scene, hit play and have yourself a fully fledged battle system with intros, cinematic camera transitions, special effects and AI... and then I make all of it customizable in as easy a way as possible.

Even the position of the camera during combat is easy to modify.

Changes between v1 and v2 include:  ► Replaced OnGUI with UGUI
► WebGL no longer supported
► SFX Generator removed
► Vita native button support removed
► Includes 2 fully functional game modes
► New RPG-style demo to trigger battles and a means to return you to the level when the battle is done
► Editors included to generate movement and attack patterns for EA mode
► Includes an all new 3D grid tile prefab
► Auto generate flat battlefields or battlefields with random heights per tile
► Pre-design battlefield heights pertile
► Includes Unity's special effect assets
► Replaced the included characters
► The system now runs entirely on states & events
► The GUI is entirely cosmetic and any part thereof can be removed at any time without breaking the system. For touch devices certain GUI elements are practical to leave in place but otherwise they are purely cosmetic


► Includes utility GUI elements to aid you when creating your own game mode(s)
► New GUI elements can be added without interfering with the flow of the game
► The code is far more modular and sensibly split into sub-classes making it easy to MOD
► To create a new game type simply duplicate a GameMode subfolder and MOD the Input, GameMode and EnemyAI classes.
► Includes a fully functional stats system you can use in the rest of your game. Supports upgrades, temporary buffs and upgrade previews.
► Includes a Work-In-Progress affliction system for sleep, mute, silence, poison etc (not yet implemented)
► Brand new controller input system allowing you to save button configurations for the keyboard and up to 8 game pads (if you were to build a button config screen)
► Version 2 will be released as a PERPETUAL BETA version as new features will constantly be added 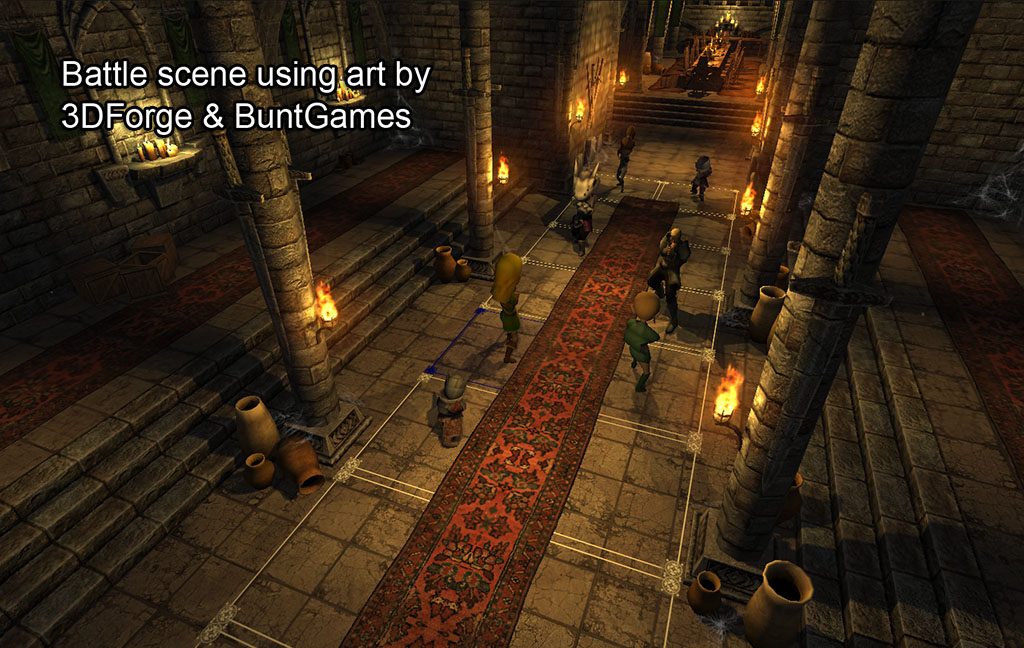 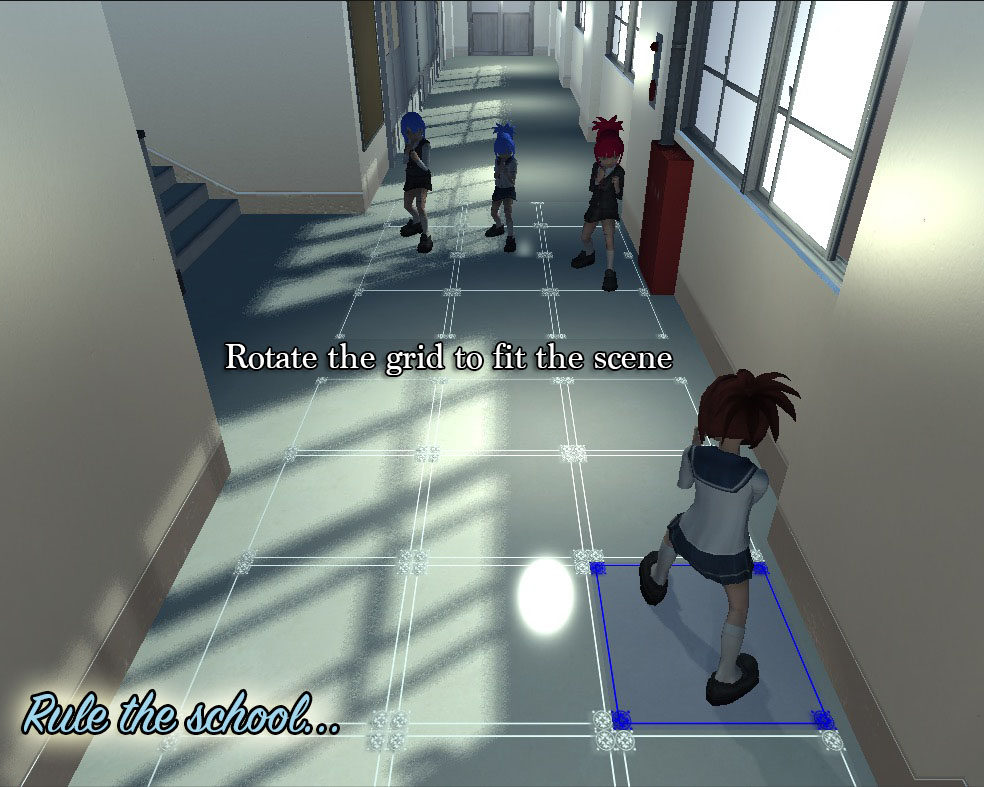 Fit the grid to your chosen location 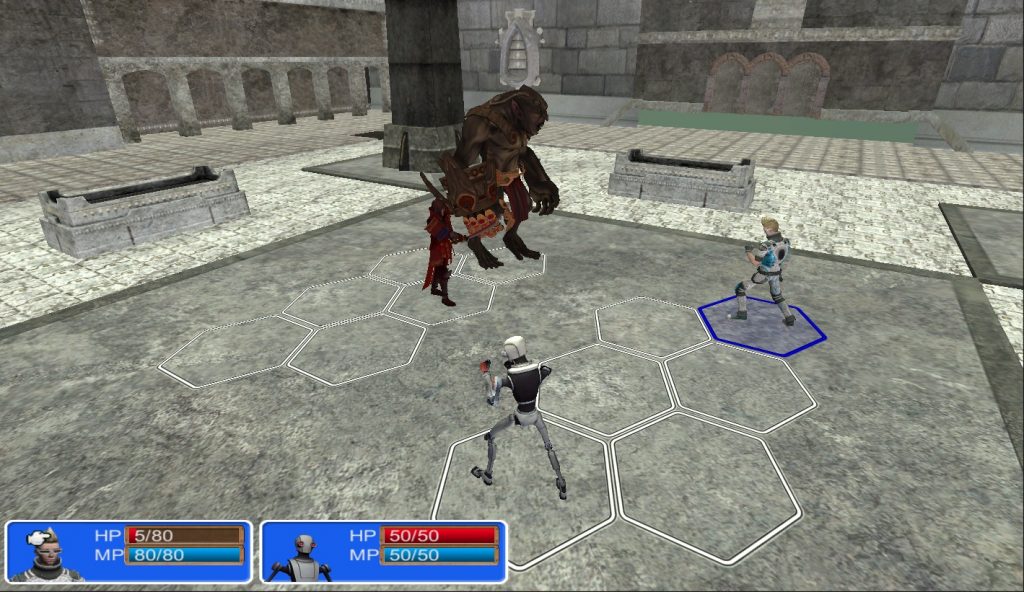 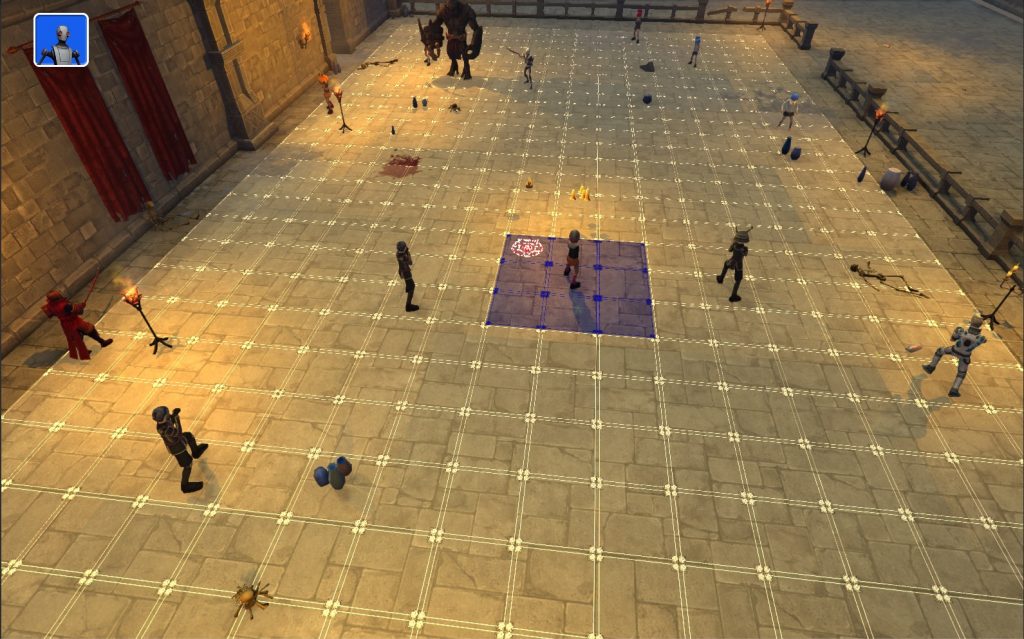 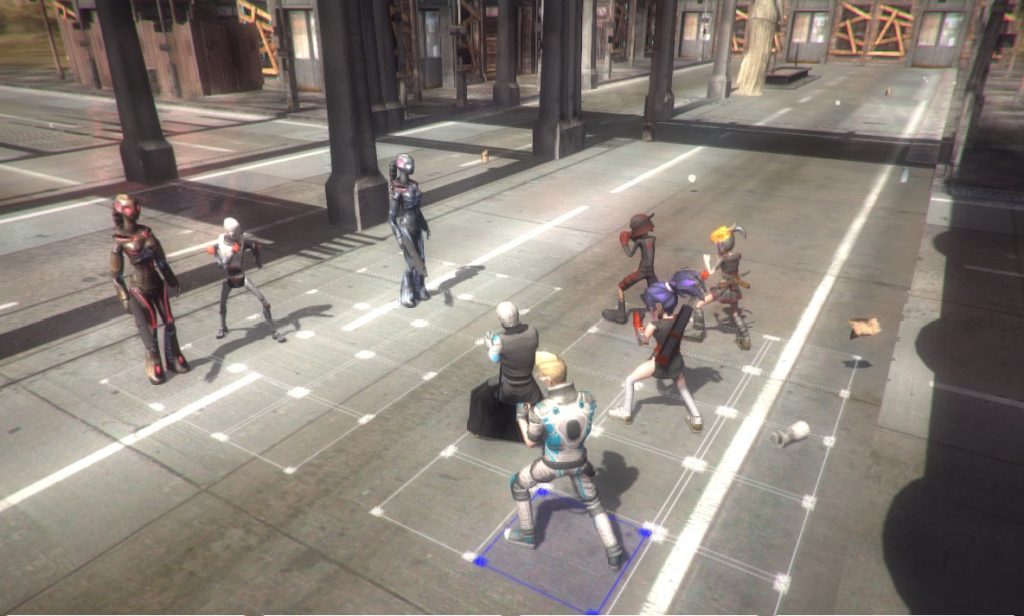 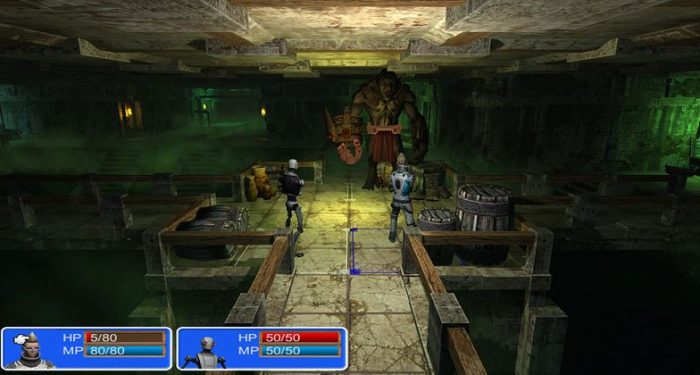 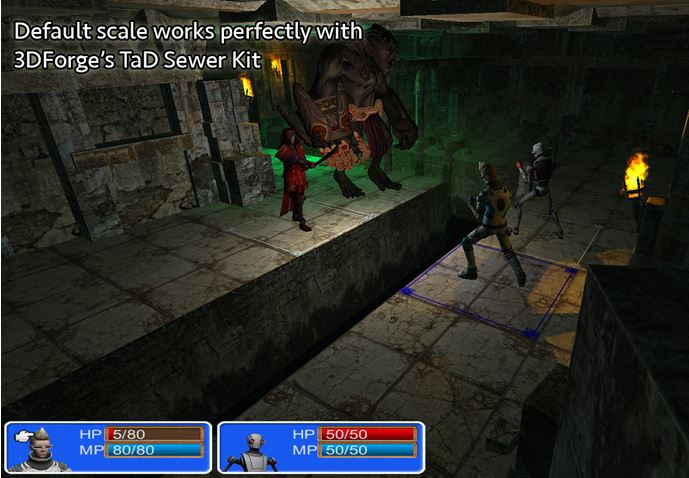 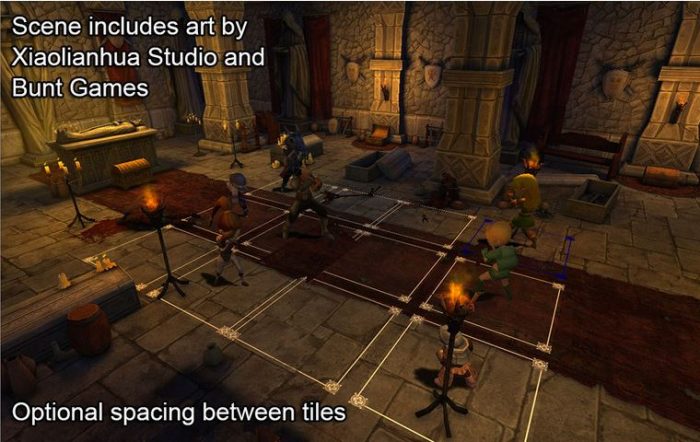 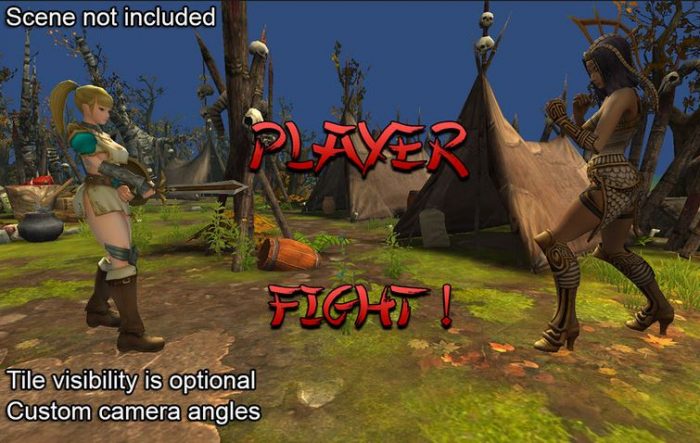 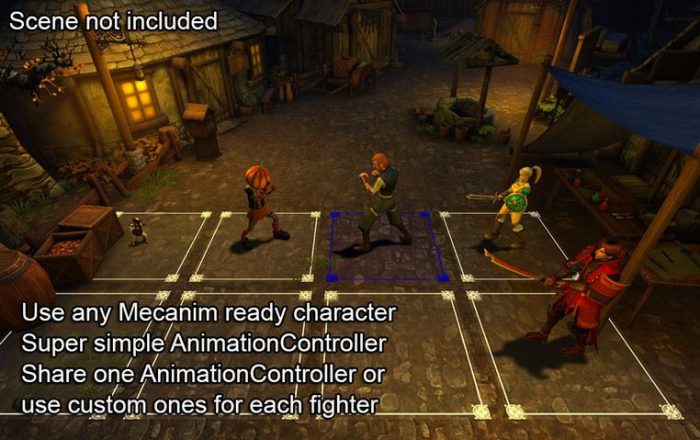 One animation controller for all or one each


THE TUTORIALS SECTION FOR THIS ITEM IS STILL UNDER CONSTRUCTION