The first tool I bought was Character Creator. I thought to myself “I will never again have to pay an artist to make me characters (only to have them run off with my down payment) ever again!” but I soon learned that having a bunch of sliders didn’t really make it all that easy to get a specific face shape. In particular, I wanted to create Japanese characters and for all my efforts I could not find the sliders to make the eyes and thus Character creator became a dud for me…

A few months later they introduced HeadShot and specifically mentioned making Asian faces in the email announcement! I was over the moon and bought it without any hesitation! …only to find no indication of any racial head morphs. Only much later did I learn that there is a “face depth” slider that can adjust a few features to make it “more or less” racial. Oh well… So, let’s get cracking and make some heads!!!!

Not all it’s cracked up to be

The first thing I realized is that if you are happy with something that looks more or less okay-ish or you don’t really care about the quality of your faces then HeadShot is the bomb! In only a few clicks you can have a texture projected onto a face that looks nothing at all like the source image but due to the projection it means it will always look 100% perfect… as long as you view it from exactly head on. Rotate it in the slightest and, well…

In my case I tried to create my own face and turn myself into a video game character but when I looked at the model from the side I just went “Who the heck is that guy?” and so I spent the next 5 hours trying to fix the head that Reallusion so proudly claim you can create from only a single photograph.

For the most part it always looked wrong because HeadShot insists that everybody’s top lip is always over their bottom one and for the life of me, even though everyone I know has their bottom lip sticks out below their top lip, I could not find any slider to fix that issue.

A few months months later I finally found it but by then I had already purchased yet another anatomy pack with more sliders and by now I have no idea which of the products contained the sliders that finally allowed me to fix the lip… even though I still couldn’t get the face to look like me, no matter how much effort I put in. 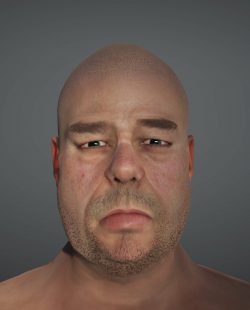 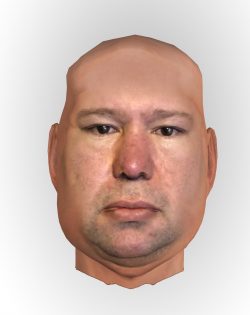 With all the plugins I bought in addition to the Character Creator 3 Pipeline tool, this is the best I could manage to do after all my months of working with Character Creator, working with HeadShot since release and using all the tools from their latest updates (My third attempt using all the tools combined):
I must admit, SkinGen is the greatest texturing tool I have every used. I would say it is near impossible to make a bad looking character if you use SkinGen. It would take some serious skill to make a bad looking character 😀

Even so, this character did not look anything like me at all. I then downloaded the CrazyTalk 8 trial and tried to create a 3D head using that. With no experience at all using CrazyTalk 8 I just jumped in head first (pardon the pun) and after 30 minutes I had a face that looked identical to me! I am so chuffed with this head I cannot put it into words… (Too bad I couldn’t get the scalp right during the next couple of hours of trying. Looking at the splines on screen I could see the scalp was wrong due to the splines bending the wrong way but if there is a way to add more control points or to make the splines bend another way I’m afraid I didn’t know how to do so. Like I said, this was the first time I used the application)

The main problem here is that HeadShot tries to do everything from a single photo and make your life easy … by cutting out the side view an completely ignoring depth. Who needs depth in a 3D space, am I right? That is like trying to do AR on an iPhone 1. Who needs a depth sensor to know where to place the AR content in the real world?

HeadShot, for all it’s power and ease of use will never be able to do it right until they add a side profile like Crazy Talk 8 has. This is not to say that you can’t create incredible models using HeadShot (oh FAR from it!), it’s just that you won’t ever be able to create a truly accurate 3D representation of someone from a single 2D image. It’s just not possible and that is all there is to it.

Beauty is only skin deep

In fairness, though, HeadShot’s claim to fame is it’s simplicity of creating characters from a single photo with absolute minimal effort required on your end. To that end HeadShot does a phenomenal job and simply cannot be beaten! …as long as you don’t care much about the fact that this ease of use comes at a cost of the character looking nothing at all like the person in the photo (unless you angle it juuuuuuust right). This is quite evident when you replace the skin with that from SkinGen. the image I posted at the top was my third attempt at creating my face and after getting it relatively close I replaced my low quality skin texture with the high quality skin textures from SkinGen. As you can see, the results look incredible… but nothing at all like me. 🙁

The first thing you might think is “Well that is obvious! Your face looks like you because it has your skin on it. If you plaster someone else’s skin on your body you will no longer look like you” but to that point of view I counter with the fact that Crazy Talk 8 doesn’t even use skin textures and just sticks a cartoony color on the face and yet you can still clearly identify the character based on his facial features. Thus my opinion stands: SkinGen is the ultimate texturing tool but in terms of creating faces, nothing can compete with Crazy Talk 8 (even if you have to go fix up the scalp in Character Creator 3 using the sculpting tools).

In order to use these heads in CC3 there are a number of hoops to jump through. First, export as an RL Head file then create a new project in Character Creator and find a CC1 character to import into the scene. Now import the head onto that character and save the head as a slider and then convert the character to a CC3 plus character (which takes quite a while even on my beefy computer) or create a new scene with a CC3 character in it. You are now ready to use your head. 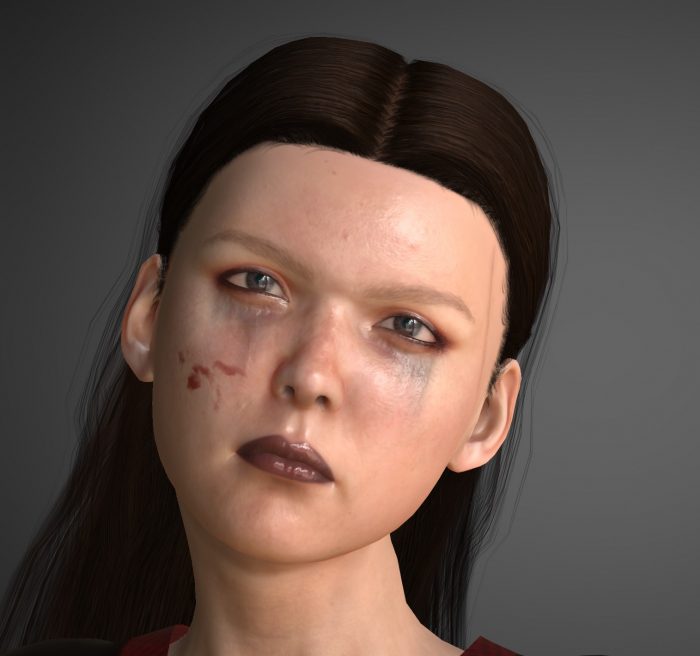 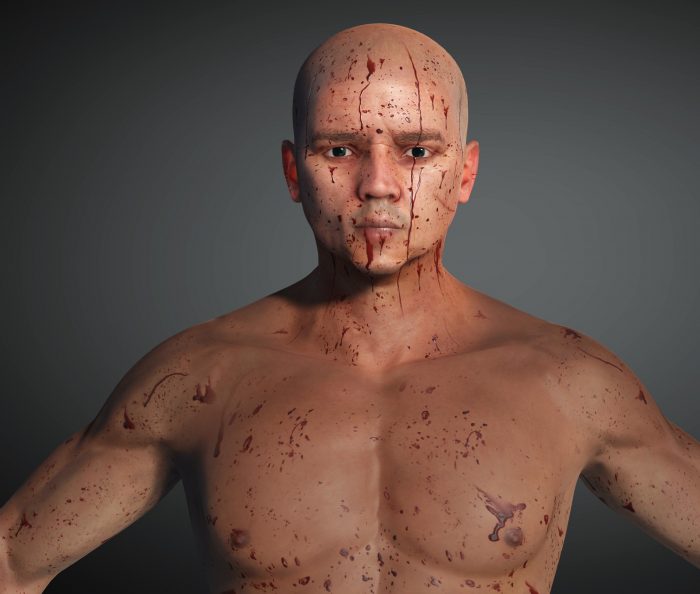 It must be said, though, that SkinGen makes Character Creator 3 an unmissable tool in any game dev arsenal. Once I installed all the expansions I went in and just played around. Within less than an hour I had created my first character. I even managed to use normal eye liner and scale, stretch and reposition it so much that it looked like running mascara. In the image to the left you can see the results of my first 30 minutes using SkinGen. At first it was very tempting to go overboard with the texturing but I managed to hold back and apply textures in moderation, going for a look rather than a showcase. I should also point out that the image shown here does not do the skin justice. The actual model has far more detail than what can be seen in this screenshot.

For my second SkinGen character I wanted it to look absolutely awesome and went a little overboard. Of course, as before, I wanted to create an Asian male but they only provided Asian female body textures and no Asian male body textures (just like they have no Asian male face morphs, only female ones). Of course, since you can tint the materials it would be possible to simply tint each material one by one till you find a skin color you like but I found that if I create a new layer and use the sunburn skin on top of the default skin I very much like the result and only had to tweak the face texture a little bit to match. Again SkinGen makes life super easy 😀

The power that SkinGen gives you is simply unparalleled and it is equally simple to use. When I attended the webinar to learn some advanced techniques I found the entire webinar a complete waste of time since everything they showed was stuff I figured out on my own within the first 30 minutes of using the tool. Super versatile, super powerful, unrivalled results and unparalleled simplicity means this is by far my favorite tool of all!